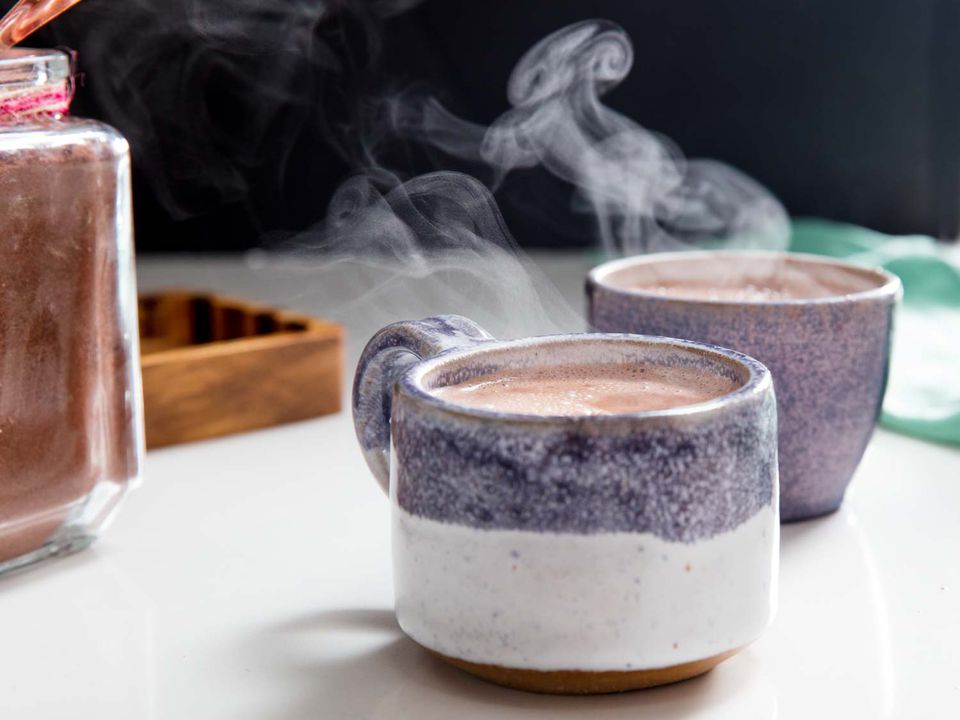 Purists will tell you hot cocoa is a sweet, light-bodied beverage made primarily from cocoa powder, often aimed at children, while hot chocolate is stronger and richer due to melted chocolate and generally meant for adults.

Both styles have merit. The starchiness and solubility of Dutch cocoa powder give flavor and body to the drink, while the cocoa butter in melted chocolate creates a more luxurious mouthfeel. As with most things chocolate, I avoid the either/or debate and jump in with a selfish demand for both—and more. 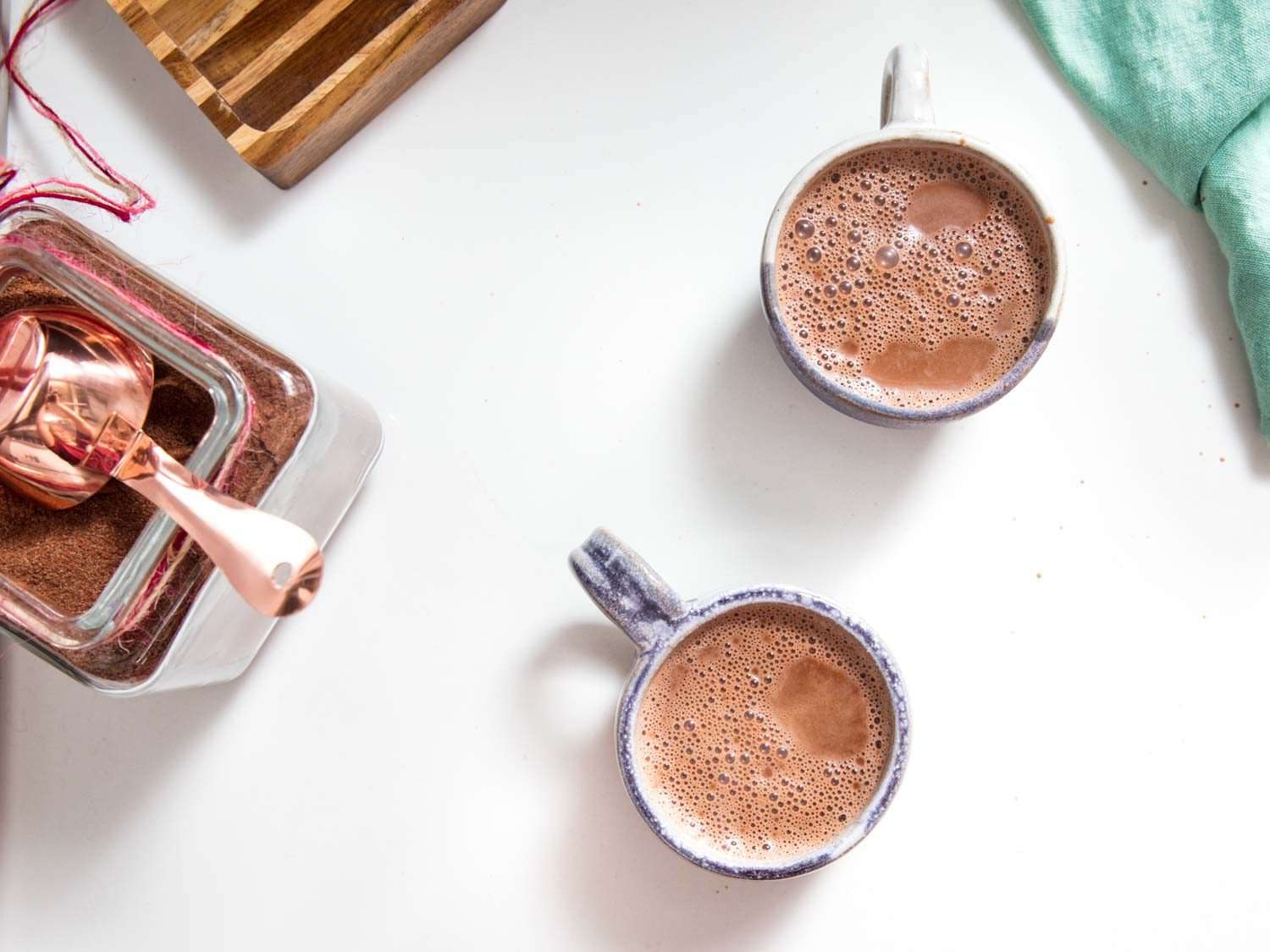 Instead of reaching for Dutch cocoa powder or dark chocolate alone, my hot chocolate draws on the strength of both, and then goes a step further by adding good-quality white chocolate for an extra dose of cocoa butter, dairy solids, and vanilla to give the hot chocolate more richness, aroma, and body.

What truly sets my recipe apart, however, is my favorite ingredient: toasted sugar. It’s a type of light caramel that dissolves more readily in hot liquids than plain white sugar and tastes less sweet. It also brings some nice caramel notes into play, adding a layer of familiar but complex flavor to the drink, while keeping the powdered format. 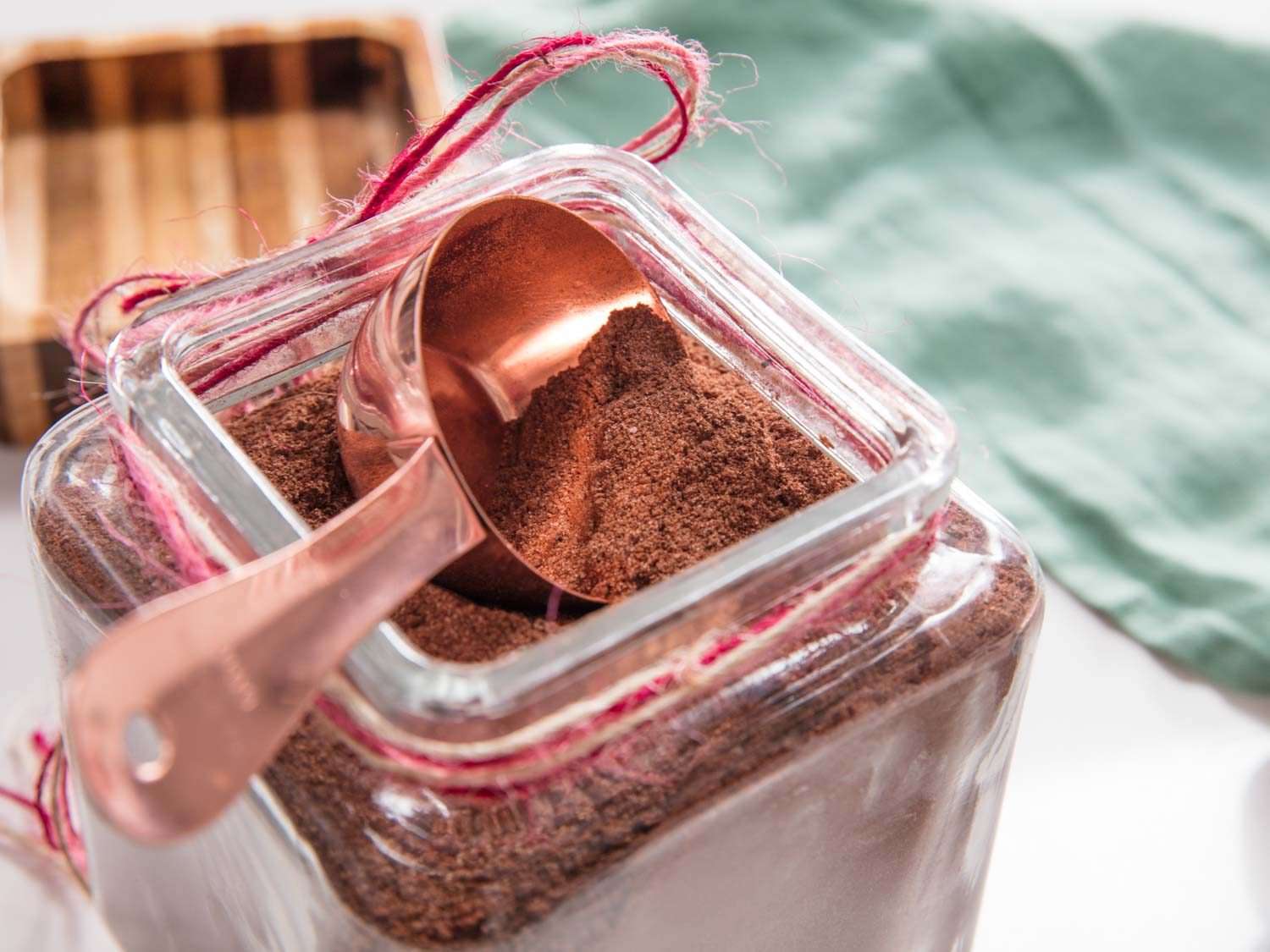 I’ve previously covered my six favorite brands of high-fat Dutch cocoa as well as the the six best supermarket dark chocolates, which means there are quite a few Serious Eats–approved options to mix and match, and no two combinations will taste quite the same.

That makes it a fun recipe with which to explore new ingredients and a solid excuse to sip more hot chocolate all winter long. And because it’s so easy, it won’t take much effort to do just that. 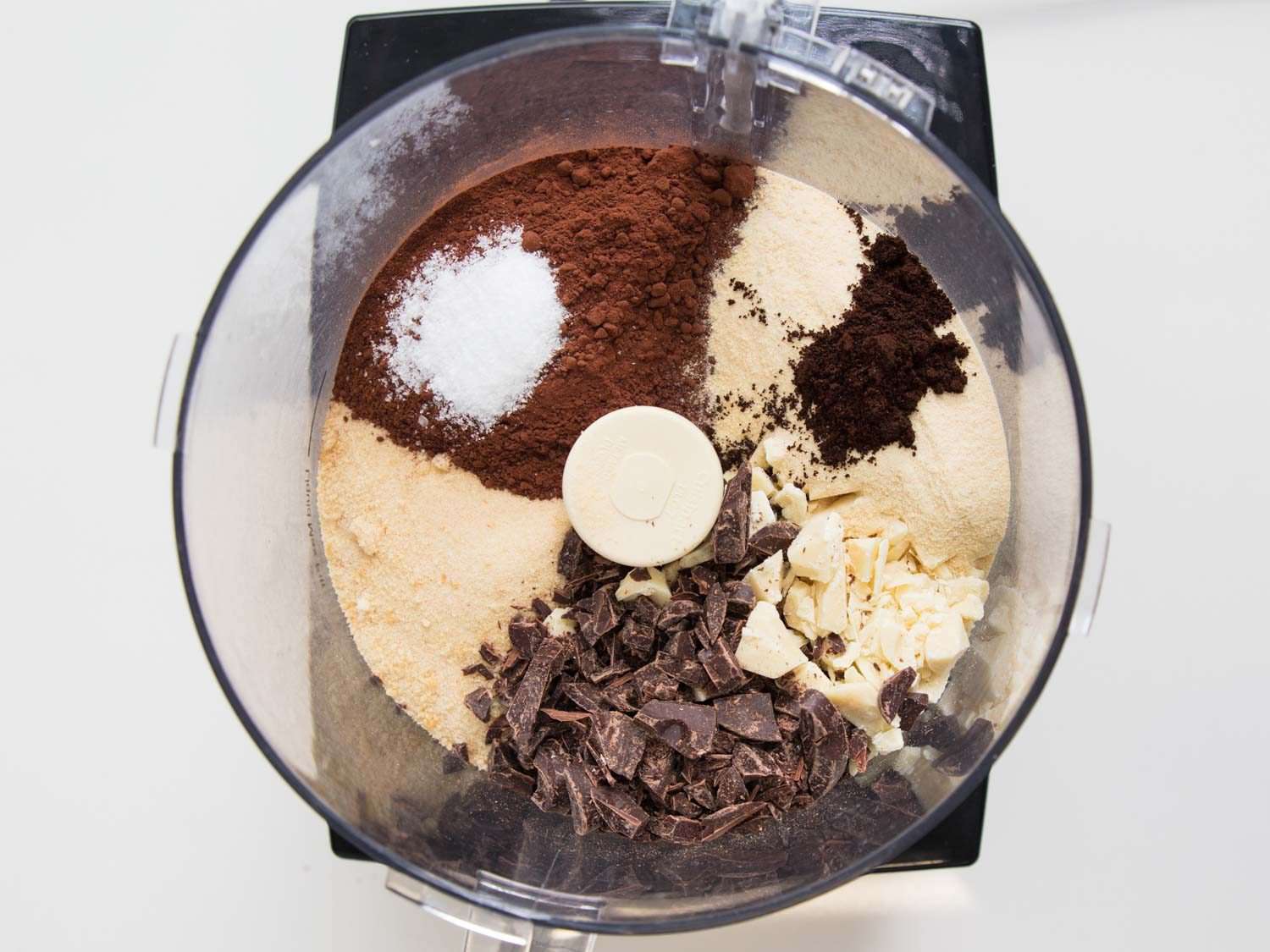 Because this recipe contains such a high percentage of chocolate, not just cocoa powder, I use a food processor to pulverize the ingredients into a dry, powdery mix.

Aside from bringing the cocoa mix together in mere seconds, a food processor creates a powder so fine that it can dissolve in hot milk with nothing more than a few twirls of a spoon—a great advantage when preparing a single mug of hot cocoa. 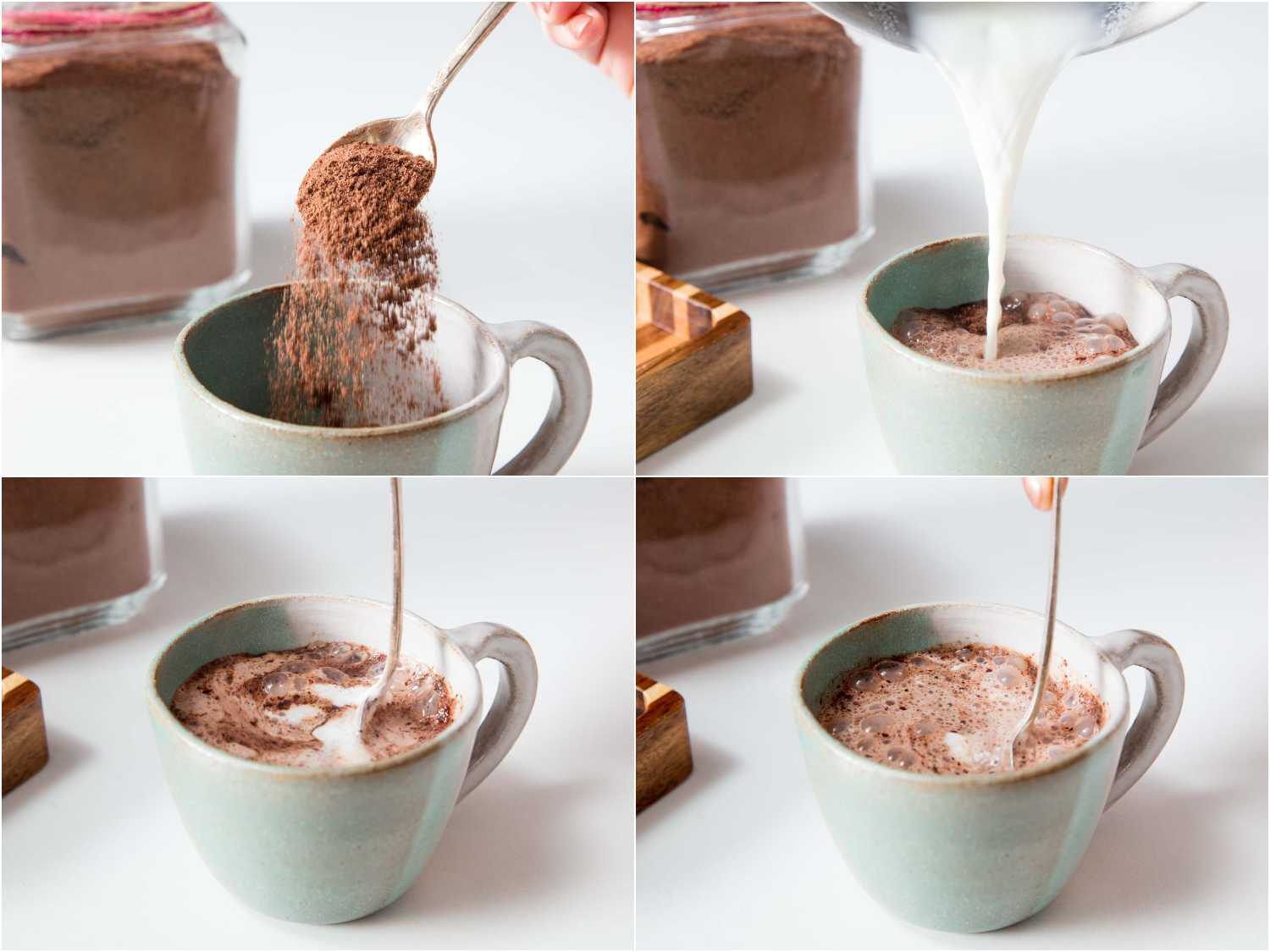 If you like, each mug of cocoa can be doctored with a drop or two of vanilla extract to taste. Or, after processing, the mix can be stored in an airtight container along with a split vanilla bean (preferably one left over from another project, as a simple cocoa mix would not be the most effective use of a brand-new vanilla bean, given their expense). 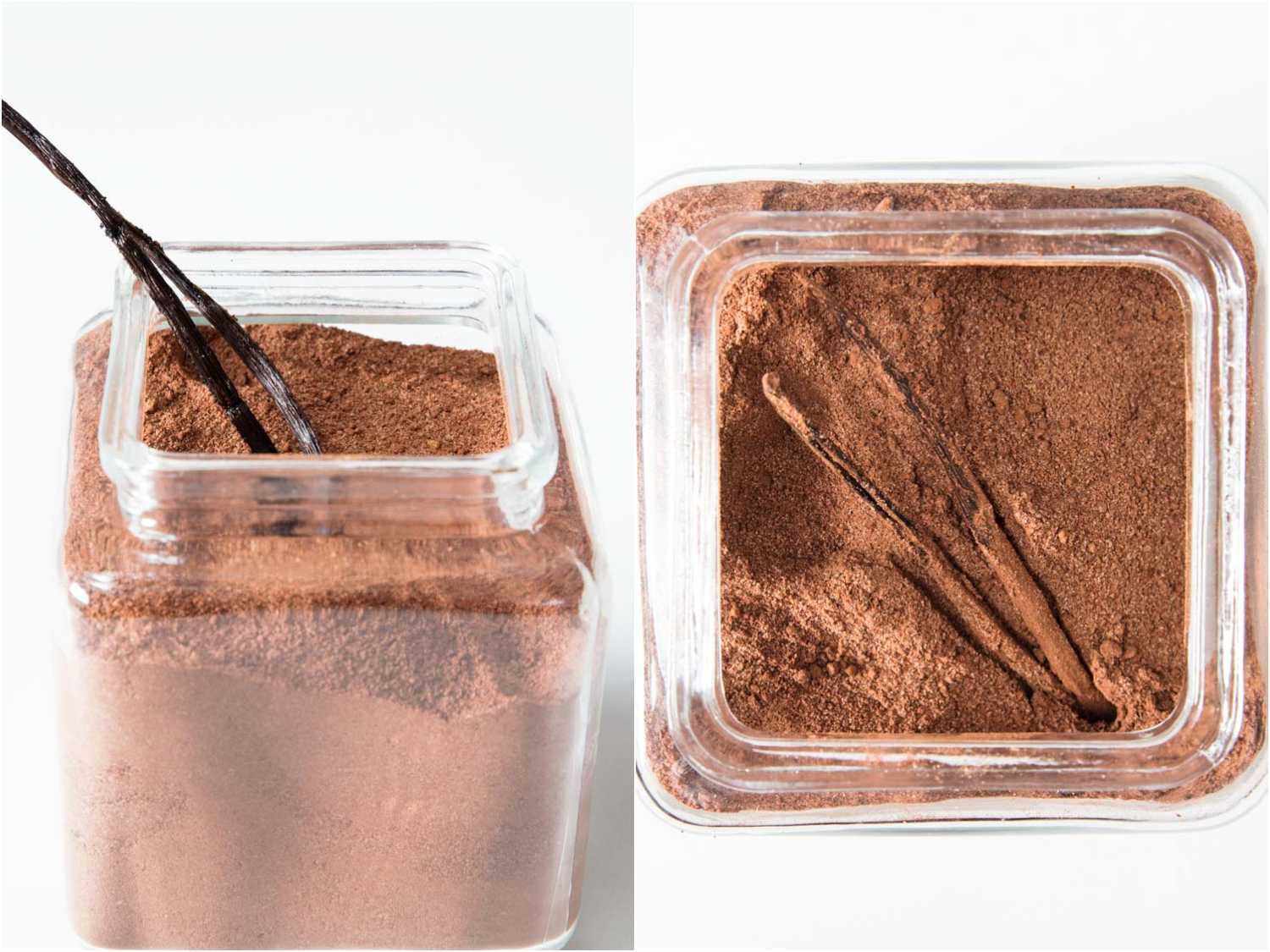 The finished mix can be stored at cool room temperature (anything below, say, 75°F) up until the date stamped on the white chocolate, the most perishable ingredient of the lot; make a big batch to get you through winter, or dole out smaller portions as gifts.

When preparing hot cocoa for a crowd, the easiest method is to heat up a saucepan of milk on the stove (about six ounces per serving). 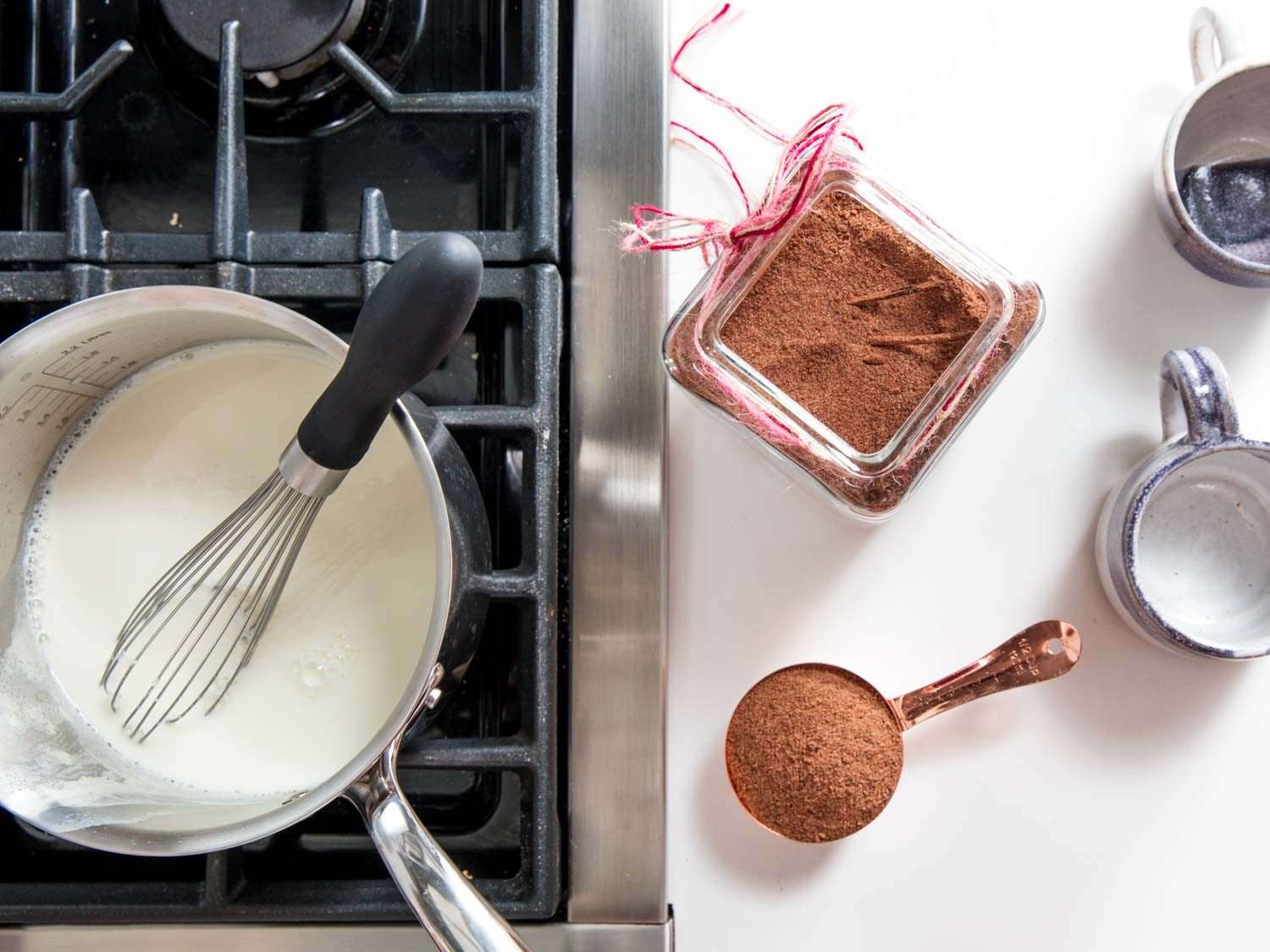 Once the milk comes to a simmer, add the hot cocoa mix. I use about one ounce per serving along with 1/8 teaspoon of vanilla extract, but those amounts can be adjusted to taste (along with any additional salt).

Once the cocoa has dissolved, keep whisking until frothy and very hot, though not quite boiling. 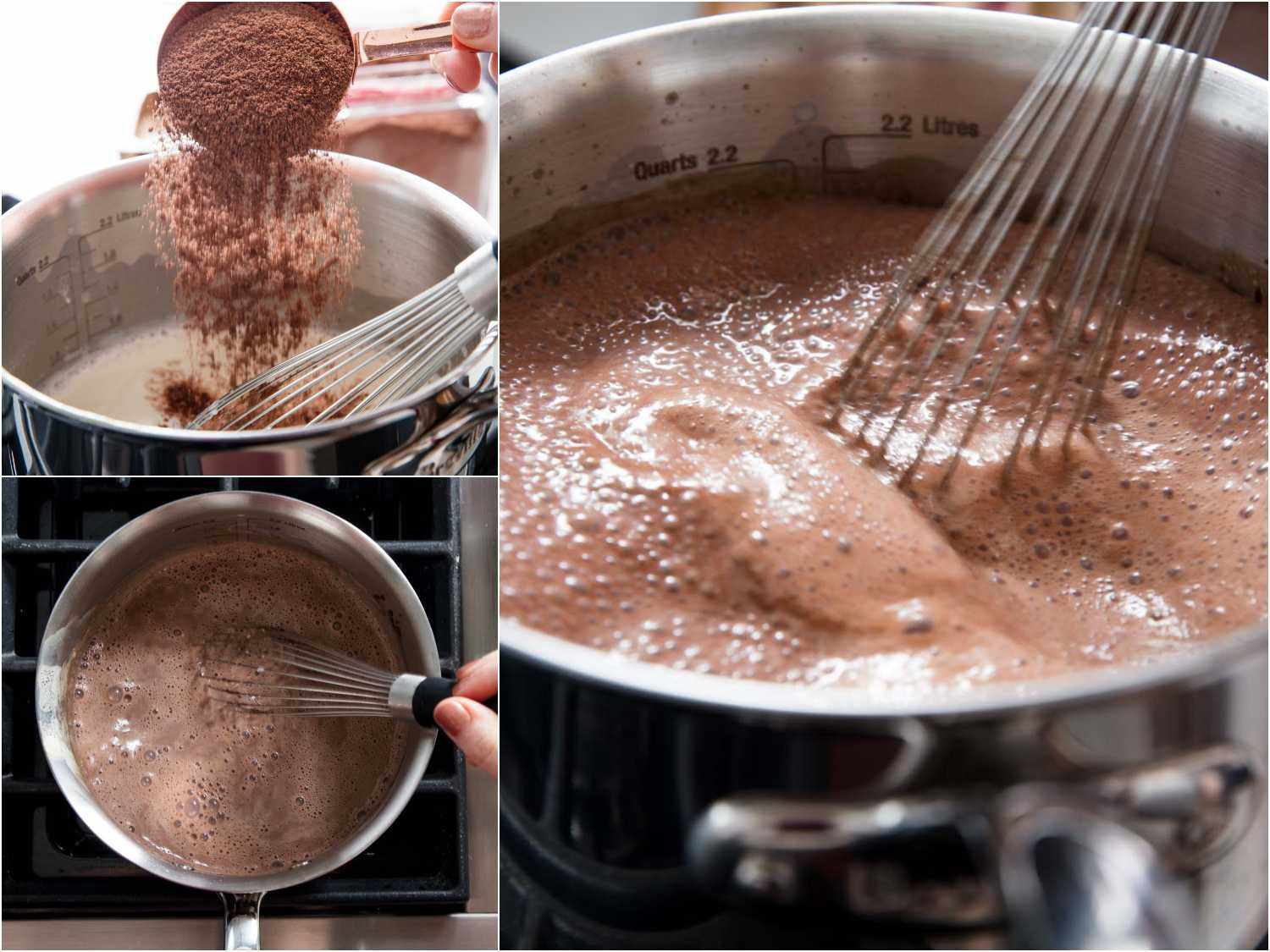 Ladle the cocoa into mugs, or pour directly from the saucepan if the batch size is manageable. 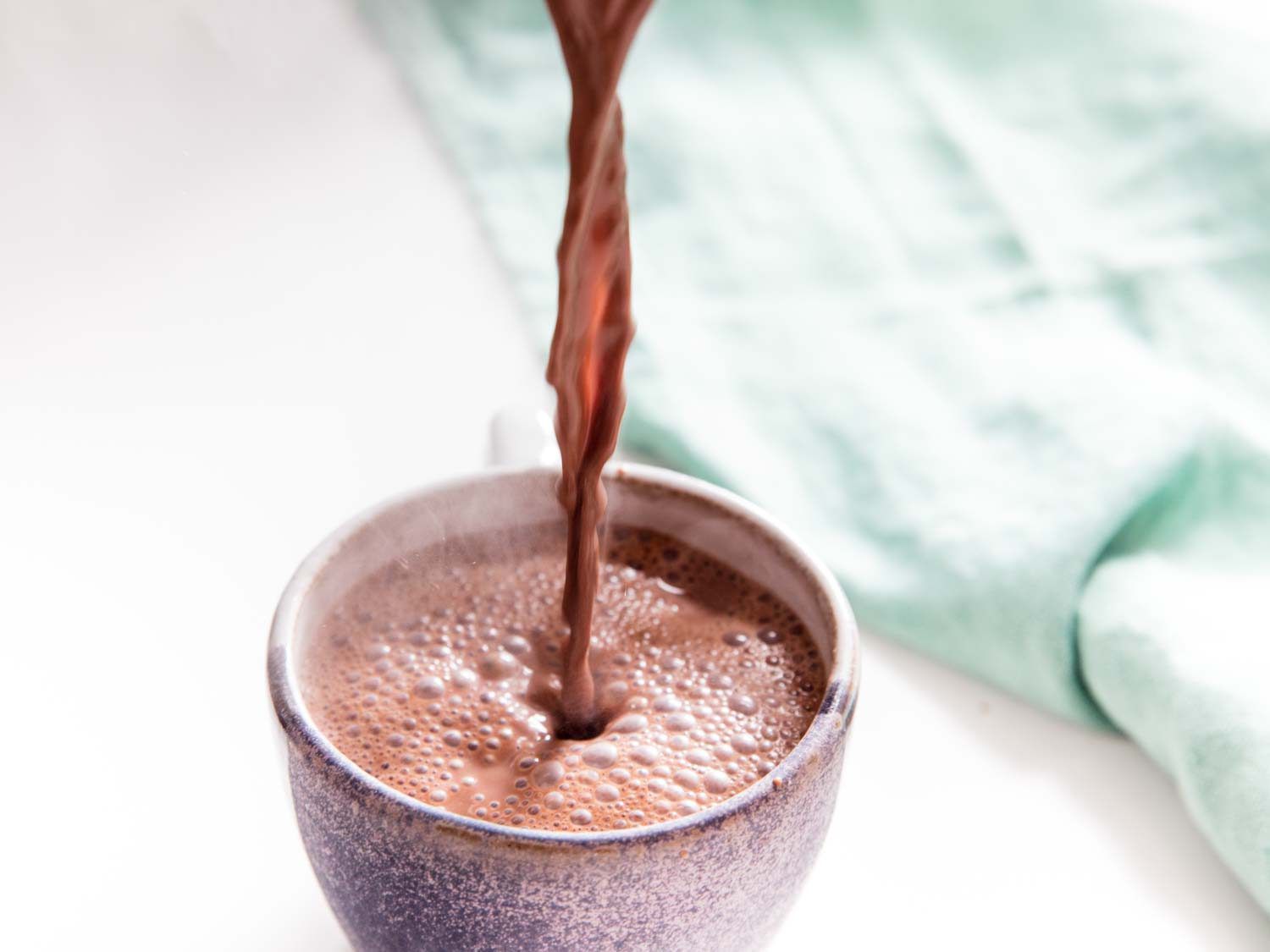 With notes of caramel from toasted sugar, creaminess from white chocolate, bitterness from dark, and a full-bodied mouthfeel from Dutch cocoa, it’s a hot cocoa mix that’s simple and sophisticated all at once.

While it doesn’t need dressing up, you can finish it off with a dollop of whipped cream, a pair of marshmallows, or a generous splash of booze—it’s your call. 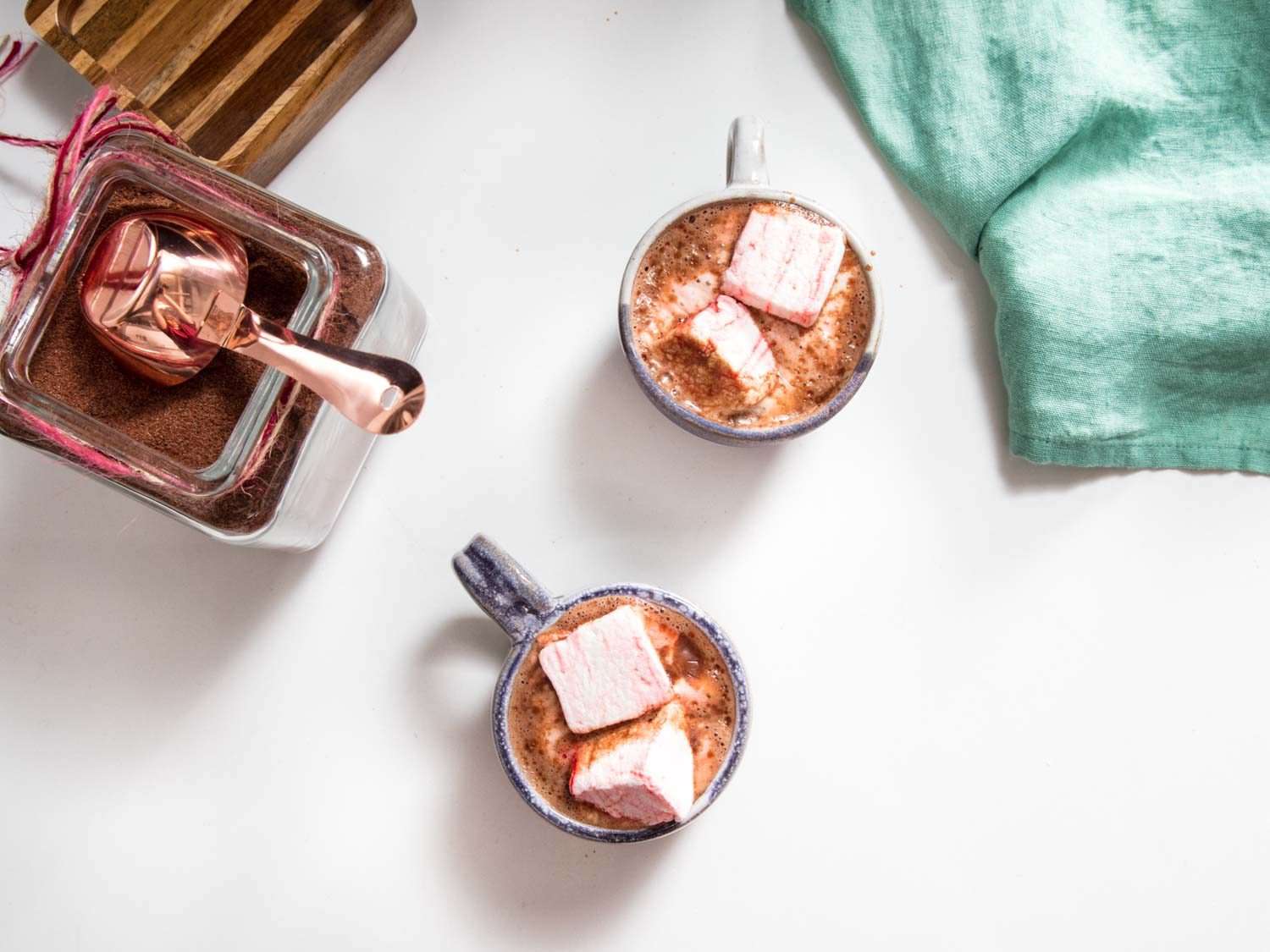