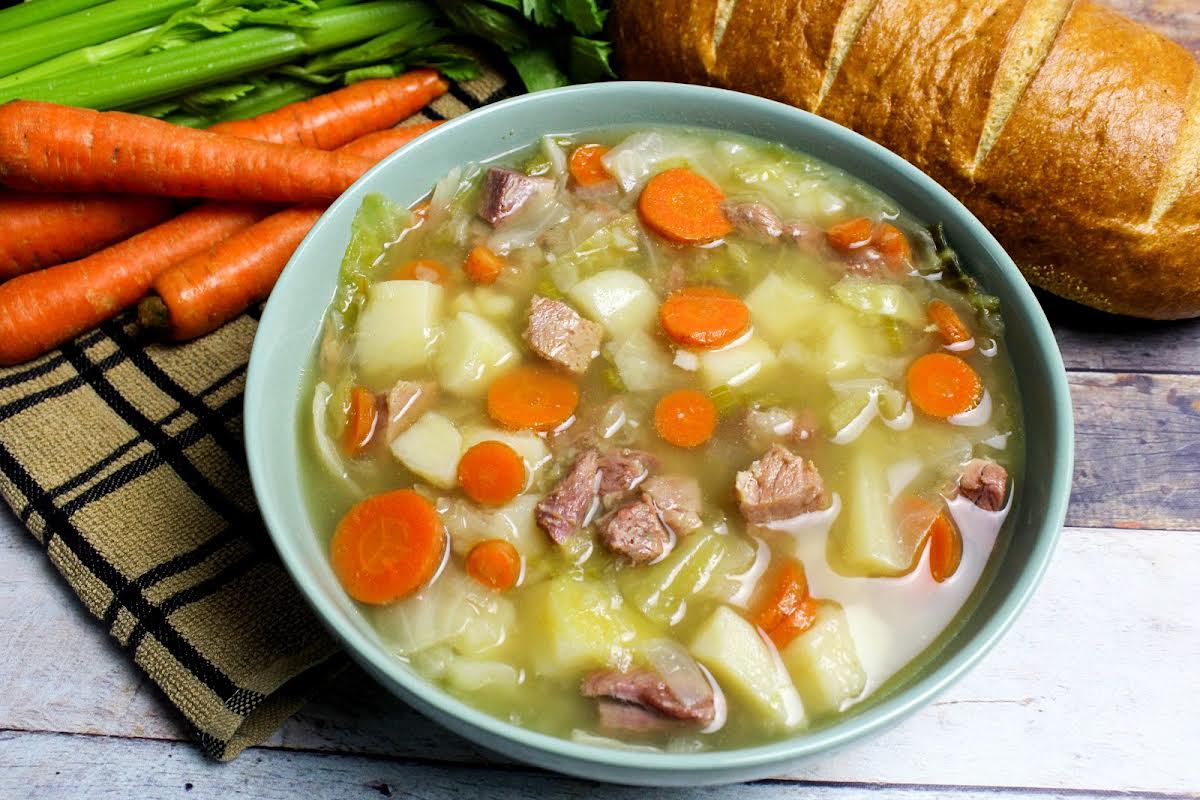 This recipe is comfort food. The combination and flavor of all the ingredients are so good that you can’t just have one bowl. I guarantee that because I’ve never been able to just have one.

This soup pairs the flavors of ham and cabbage so nicely. The broth is made with the ham bone which makes it very savory. After simmering, the ham falls off the bone. It simmers with cabbage, potatoes, and other vegetables to create a comforting and savory soup. Hearty, it will stick to your ribs. Serve with rustic bread (like rye) for dipping. Yum!

Note: For testing, we cut the recipe in half. The original amounts are enough to feed a large family.

How to Make Ham and Cabbage Soup