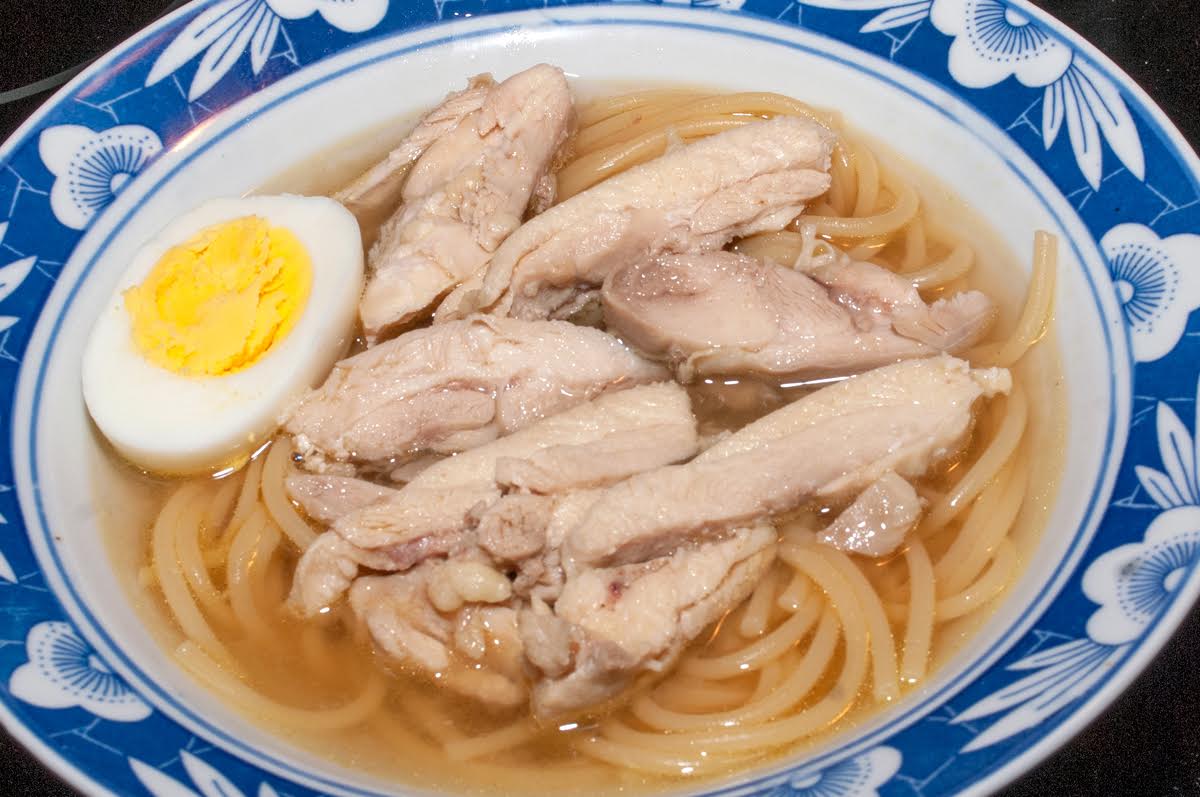 Worked this out in an all-nighter, but the weather was awesome, and I had all the test kitchen windows open, letting in those fragrant night breezes.

This recipe is all about the broth. I wanted something that would change up a nice comfy bowl of chicken noodle soup, but that would be easy to make, and in the process give the broth some Asian flavor notes.

Totally easy/peasy to make, and infinitely customizable with what you have on hand.

Nutrition Information is located at the bottom of the recipe.

So, you ready… Let’s get into the kitchen.

How to make yourself a Millionaire!