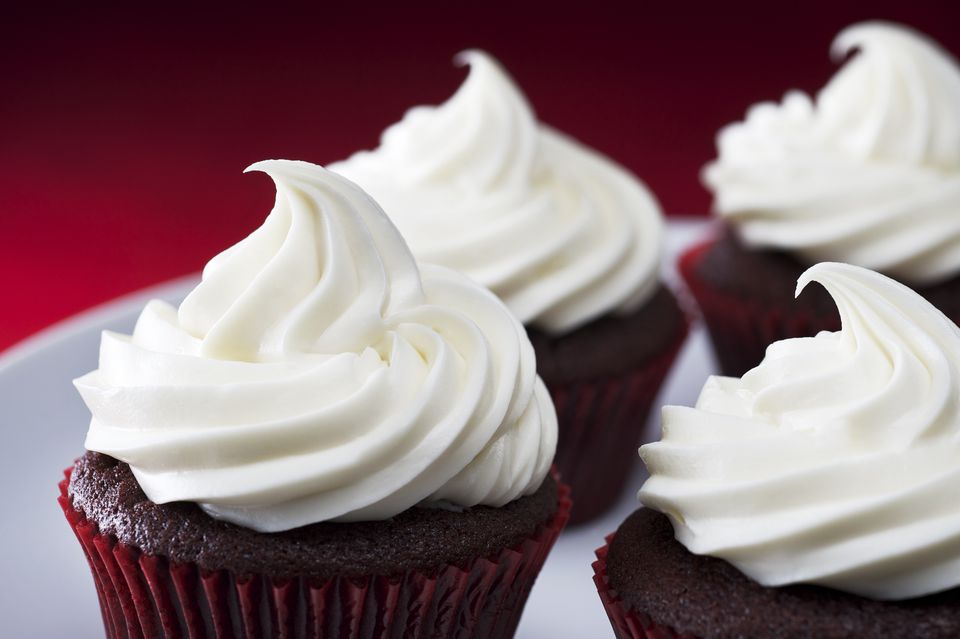 To get the best of both worlds, this frosting recipe uses both butter and an emulsified vegetable shortening like Crisco. By combining two parts butter and one part shortening, you get the classic mouthfeel and flavor of butter, with a more temperature-stable frosting, thanks to the shortening.

This simple buttercream recipe is made by creaming the fat and sugar together and then adding egg whites for a bit of lightness. Your best bet is to use liquid pasteurized egg whites that you buy at the store, in the dairy case.

The recipe will make about 6 cups of frosting, which is enough to frost one round 10-inch or 12-inch two-layer cake. If you're frosting cupcakes, this recipe is enough for about 48 cupcakes, assuming about two tablespoons of frosting per cupcake. If you'll be piping the frosting on in a tall swirl, you should probably figure 24 cupcakes instead.

Steps to Make It

Combine the butter, shortening, and sugar in the bowl of a stand mixer. Using the paddle attachment on slow speed, cream the ingredients together until they are fully mixed.

Add the egg whites, vanilla, and lemon juice (if using) while beating at slow speed until the frosting is smooth, scraping down the sides of the bowl frequently with a rubber spatula. Use frosting immediately, or store in an airtight container in the refrigerator for up to a week.